By Sunshine Thomas on July 24, 2013 in Title VII, US Sumpreme Court

In University of Texas Southwestern Medical Center v. Nassar, the U.S. Supreme Court has recently held that Title VII retaliation claims must be proven in accordance with a but-for causation standard. This but-for standard is different from the standard for status-based discrimination claims which requires an employee to only demonstrate that discrimination was a motive (as opposed to the motive). This but-for standard is a more stringent standard, which may be of benefit to employers in defending against retaliation claims. 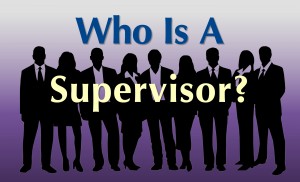 A recent decision issued in Ohio, Waldon v. Cincinnati Public Schools, No. 1:12-CV-00677 (S.D. Ohio Apr. 23, 2013), highlights the unfortunate circumstance when a state employment law contradicts a federal employment law. In that case, the employer (a school district) was obligated by Ohio law to perform a criminal background check on all current employees and was not permitted to employ anyone who committed any of the crimes specified by the law regardless of how long ago the crime occurred or the relation, if any, to the employee’s position. On this basis, the employer performed the background check and terminated the employment of 10 employees (9 of which were African American). Two of those employees sued alleging racial disparate impact in violation of Title VII. The employer sought to have the case dismissed on the basis that it had been following state law. Although the case remains pending, this decision demonstrates that following state law is not a defense to a claim that the employer violated Title VII as Title VII pre-empts the state law.