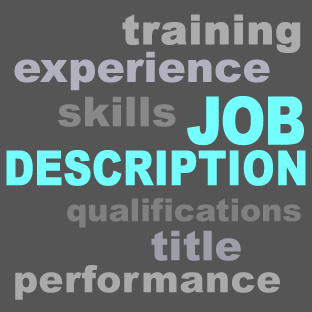 A recent Sixth Circuit case decision was issued which should serve as a reminder to all employers of the importance of double checking their written job descriptions to ensure they are accurate and enumerate the essential functions of each position. In December 2013, the Sixth Circuit partially reversed a District Court’s granting of summary judgment to an employer when it determined that there was an issue of material fact as to whether the employee could perform the essential functions of his position. In so ruling, the Sixth Circuit noted that the job function that the employee allegedly could not perform was not specifically listed in the written job description. On this basis, the Court determined there was a question as to whether it was an essential job function. The Sixth Circuit noted that the regulations accompanying the ADA provide seven (7) non-exclusive factors for determining whether a particular job function is essential:

In this particular case, the employee was terminated when he was no longer able to drive the manual transmission vehicle which was utilized to haul the excavator to the work sites. The employer contended that the excavator operators (which included the employee) hauled the excavator to the work site approximately 70% of the time while other employees hauled the excavator the other 30% of the time. The employee had obtained a release to return to work with the restriction that he was limited to driving automatic transmission vehicles. The employer ultimately terminated his employment on the basis that he could not perform all essential functions of his job; however, the Sixth Circuit noted that none of the job descriptions for the position posted by the company during the employee’s tenure of employment referenced hauling the excavator or driving a manual transmission. Although the job description did contain a catch phrase of “other duties assigned”, the Court noted that not every other duty is an essential function of the position. The Court ultimately decided to reverse the Court’s granting of summary judgment for the employer on the grounds that there was an issue of material fact regarding whether the employee was qualified with or without accommodation to perform the essential functions of his job. Accordingly, this decision highlights the need for employers to review their written job descriptions to ensure they are up to date and outline all of the essential functions for each position within their company. 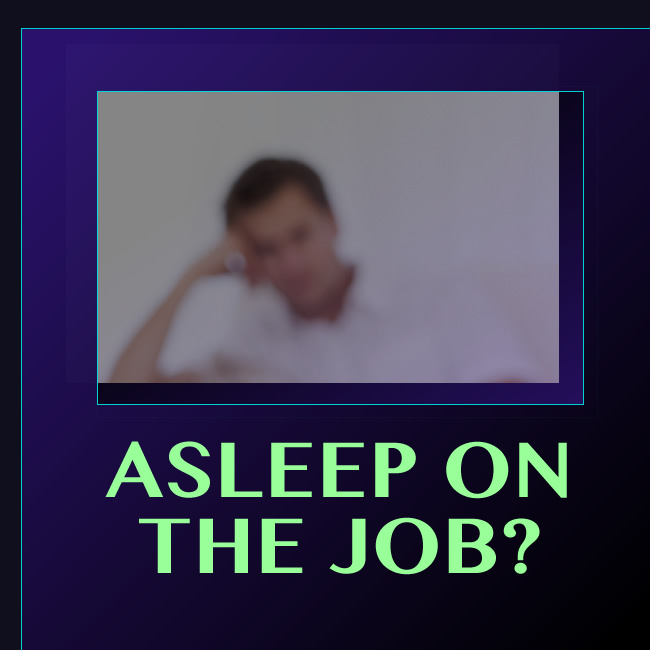 A recent Connecticut case[1] arose from an incident wherein an employee came to work and informed his supervisor that he was ill, had pain in his foot and would go home if he did not feel better. Later, the employee was found allegedly passed out in his chair from hypoglycemia and dehydration.  His supervisor who found him in the chair accused him of sleeping on the job and sent him home. The employee sought treatment and was placed on leave by his doctor. The employee secured a doctor’s note indicating that he had passed out due to low blood sugar. The employee was later fired from his job after a meeting with his manager wherein he explained that he had passed out due to a medical condition and had attempted to provide a medical note in that regard. When he tried to give the medical form to the HR manager, the forms were rejected and the company refused to accept them as they were provided after the fact. The employee filed suit alleging violation of the ADA and retaliation among other things.

The court found that the employee’s diabetes, high blood pressure and related symptoms constituted a disability as defined under the ADA and in so holding noted that the regulations state that “an impairment need not prevent or significantly or severely restrict the individual from performing a major life activity in order to be considered substantially limiting”. The court further noted that the employer had been previously put on notice that the individual suffered from diabetes and was treating with a diabetes specialist. Further, prior to his discharge, the Court noted that the employee had advised the employer that he had gotten light headed and passed out due to his condition and had attempted to submit confirming medical documentation. On this basis, the court determined that a jury could find that the employer should have engaged in the ADA interactive process before firing him.

Since the passage of the amendments to the Americans with Disabilities Act (“ADA”), a common theme of discussion has been the degree to which the burden for demonstrating a disability has been decreased.  With these amendments, it is much easier for individuals to demonstrate that they suffer from a disability as defined by the ADA. However, a new case issued by the United States District Court for the Southern Division of South Dakota adds further fuel to this discussion by confirming how much easier it is to demonstrate a disability under the amendments to the ADA. In this case (Huiner v. Arlington School District, et.al. 11-4172-KES, Sept. 26, 2013) the employee, a teacher with the Arlington School District, was advised of concerns with her job performance starting in or about September 2010. Due to these concerns, Plaintiff was placed on a plan of assistance, which was implemented on or about December 20, 2012. This plan of assistance set out specific areas where improvement was expected and established a deadline of March 1, 2011 to achieve such improvement.

Prior thereto, on or about December 17, 2012, Plaintiff had met with her physician’s assistant regarding anxiety. At that time, Plaintiff was diagnosed with anxiety and depression likely stemming from her concerns about possibly getting fired. It was alleged that Plaintiff was unable to maintain her nutritional needs, was experiencing difficulty caring for her children and had sleep pattern deficits. Plaintiff lost over 30 lbs. between September 7, 2010 and June 29, 2011. In February, 2011, Plaintiff requested a number of accommodations from her employer. These accommodations were designed to ease Plaintiff’s anxiety and stress in the work place and included accommodations such as limiting the observations of her job performance to one 50 minute class per week, allowing her to play soothing music while working, planning for and allowing uninterrupted work time, providing coverage if she were to become overwhelmed with stress, and encouraging her to walk away from stressful confrontations with supervisors. Prior to this initial request for accommodations, there was some back and forth between the employer and Plaintiff regarding accommodations. However, ultimately, her employment was terminated when it was determined that she had not satisfactorily improved her job performance.

The Court determined that Plaintiff had demonstrated that she was suffering from a disability under the ADA. In so holding, the Court noted that her anxiety and associated panic attacks limited her ability to maintain her nutritional needs, care for her children, work and sleep. The Court also noted that Plaintiff’s allegations corresponded with her medical records and that her difficulty maintaining her nutritional needs was evidenced by her significant weight loss. On this basis, the Court confirmed that she had been able to make a prima facie showing that her anxiety constituted a disability under the ADA. The Court further noted that because she was disabled under the ADA, it was necessary for the employer to engage in the interactive process to determine the appropriate reasonable accommodation. In so ruling, the Court noted that Plaintiff’s simple act of requesting an accommodation required the employer to initiate the interactive process even if the accommodations requested by her were unreasonable and did not fall within the parameters of the ADA. Additionally, the Court also noted that there was a question of material fact as to whether the District had participated in good faith in the interactive ADA process when the decision to recommend termination was made just 14 days after the employer’s first participation in the interactive process.

Although this case is not in the Third Circuit and, therefore, is not controlling in the Third Circuit, this case is illustrative of the lowered burden established by the amendments to the ADA. It also presents an interesting fact pattern which could potentially be duplicated by other employees. Accordingly, we caution employers to be aware of this fact pattern as it is not implausible that other employees could  allege a disability based on stressors from within the workplace. 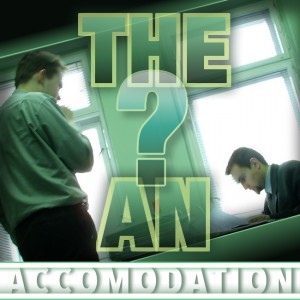 In light of this new determination which was issued in June, 2013, we caution employers to be cautious as it is possible that this could trigger ADA protections should an employee’s obesity limit the employee’s ability to perform a major life activity. Whether it will be do so, it not entirely certain at this time as there is contradictory case law on the issue and as the AMA determination is quite recent. There was a decision from Louisiana, pre-dating the AMA’s determination, which held that it is possible for morbid obesity to constitute a disability under the ADA when it affects an individual’s ability to perform one or more major life activities.

On the other hand, there is a more recent decision from West Virginia finding that an employee was not disabled as the employee’s obesity did not limit a major life activity. Rather, the employee had admitted that he was not limited in performing regular activities. Despite this contradiction, I would suggest that employers err on the side of caution and engage in the ADA process with any employees who request a reasonable accommodation due to morbid obesity.

The EEOC recently secured its largest verdict in its 48 year history in the amount of $240,000,000.00 from a federal jury in Iowa when 32 mentally disabled turkey processing plant workers were awarded this verdict against their employer, which was found to have violated the Americans With Disabilities Act (“ADA”) by creating a hostile work environment, imposing discriminatory conditions of employment, and acting with malicious and reckless indifference to the civil rights of these employees. In this case, the employer oversaw the work, lodging and care of these 32 employees. However, these individuals were alleged to have been housed in a dilapidated and bug infested bunk house which failed to meet applicable code requirements. They were paid $0.41 an hour which equated to $65.00 per month even though the employer was allegedly being paid more than $500,000.00 per year for their service. It was further alleged that the employer subjected the employees to verbal and physical abuse. By way of example, they were allegedly subjected to strict punishment such as being forced to walk in circles carrying heavy weights and were locked in their bedrooms at night. While working, they were allegedly denied bathroom breaks and were forced to work long hours. Many of them allegedly required immediate medical care, which had been denied to them by their employer.

Although this case presents a unique situation as few employers oversee the care, work and lodging of their employees in this era, this case is notable as it confirms that the potential still exists for significant verdicts to be issued by juries when presented with an appropriate set of facts.