By Sunshine Thomas on January 6, 2015 in Advice for Employers, FMLA 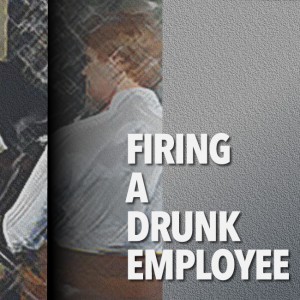 A recent case (Sheridan v. Arthur J. Gallagher & Co., NO. 4:13-CV-1969 (S.D. Texas, December 11, 2014)) reflects that an employer may not have to accommodate an employee who shows up to work intoxicated. In that case, the employee had a history of alcohol issues, treatment, and relapses. This ultimately led to an agreement wherein the employee agreed, among other things, not to use alcohol while working.  Thereafter, the employee showed up to work one day visibly intoxicated. The employer terminated his employment. However, during that same conversation, the employee purportedly requested FMLA leave. Nevertheless, the employer proceeded with terminating his employment. This termination was upheld by the Court. The decision in this case confirms that an employer is not obligated to overlook an employee’s intoxication in the workplace as it puts both the employee and other employees at risk. 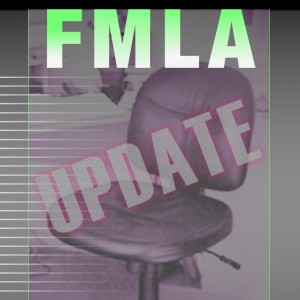 The US Department of Labor has announced a Notice of Proposed Rulemaking (“NPRM”) to revise the definition of spouse under the Family Medical Leave Act of 1993 (“FMLA”).  The NPRM proposes to amend the definition of spouse so that eligible employees in legal same sex marriages will be able to take FMLA leave to care for their spouse or family member regardless of where they live.  This amendment arises from the United States Supreme Court’s decision in United States v. Windsor which found Section 3 of the Defense of Marriage Activity to be unconstitutional.

Please note, this change is not yet final.  Although the Office of Budget and Management has approved and reviewed the NPRM as of the date of this information, the document has not yet been published in the Federal Register.

The impact of this change would mean that eligible employees, regardless of where they live, would be able to:

Stay tuned as further information becomes available as this is a possible change that could affect many employers.

In a recent case, Travers v. Cellco Partnership (Middle Dist. of TN), an employer fired an employee on the day she returned from FMLA leave. Not surprisingly, the employee sued for FMLA retaliation. The employer prevailed on summary judgment after the evidence demonstrated that the employee was warned and disciplined for performance issues before she took FMLA leave and that the timing of the discharge was based on the employer learning of her final misconduct while she was on FMLA leave. The employer was ultimately able to prevail on summary judgment because it was able to demonstrate that the discharge was not motivated by the FMLA leave. The takeaway from this case is a reminder that retaliation is retaliation only when the adverse employment action is motivated by the employee engaging in a protected activity. It is also a reminder that an employee’s participation in a protected activity (such as taking FMLA leave) does not get the employee a free pass for policy violations. However, it is important for employers to remember that temporal proximity between a protected activity and an adverse employment action is a factor taken into consideration by the courts when reviewing a retaliation claim. In addition, although the employer prevailed in this case, it did so after incurring significant litigation costs.

The United States Department of Labor (DOL) recently issued guidance regarding the definition of “son or daughter” under the Family Medical Leave Act (FMLA) as it relates to an adult child. The FMLA entitles an eligible employee to take up to 12 workweeks of unpaid, job-protected leave during a 12-month period to care for a son or daughter with a serious health condition. The FMLA defines a “son or daughter” as a biological, adopted, or foster child, a stepchild, a legal ward, or a child of a person standing in loco parentis, who is (a) under 18 years of age or (b) 18 years of age or older and incapable of self-care because of a mental or physical disability. Under the FMLA, an eligible employee may take leave to care for a son or daughter who is 18 years old or older if the following four conditions are met: (1) the adult child has a disability as defined by the Americans with Disabilities Act (ADA); (2) he or she is incapable of self-care due to that disability; (3) he or she has a serious health condition; and (4) he or she is in need of care due to a serious health condition. However, there has been a lingering question relative to the timing of the onset of the child’s disability.  Some believed that the disability had to occur prior to the child turning 18 in order for the adult child’s parent to be eligible for FMLA leave. The DOL has now stated that its interpretation of the FMLA is that it is irrelevant whether the onset of the disability occurred before or after the child turned 18.

The DOL previously adopted the ADA’s definition of disability to define “mental or physical disability” for purposes of determining whether caring for a child over 18 is subject to the protections of the FMLA. However, the definition of “disability” broadened with the enactment of the Americans with Disabilities Act Amendments Act of 2008 (ADAAA). The ADAAA broadened, among other things,  the definition of “major life activities” and expanded the definition of “disability” to include episodic conditions that periodically flare up and substantially limit a major life activity. The DOL has now offered guidance on the impact of the ADAAA on the FMLA and has stated that it believes that the broadened definition of disability as set forth in the ADAAA should apply to this provision of the FLMA. It is expected that this will increase the number of FMLA eligible leaves.

An example of this would be: A parent exhausted the military caregiver leave when his/her adult child returned from service to care for extensive injuries sustained by the adult child during service, which then left the adult child with ongoing injuries that constituted a disability as defined by the ADA and left the adult child unable to care for him/herself.  That adult child then sustains a serious health condition in another FMLA year which requires the parent to again provide care. Under this situation, provided all other requirements are met (i.e. the parent has worked the requisite amount of time, the employer is covered by the FMLA, etc), the parent may take the standard twelve workweeks of protected leave.

The position taken by the DOL generously construes the FMLA in favor of employees; however, we should monitor to see whether the Courts adopt the DOL’s interpretation.

We encourage all employers to tread carefully so as to not run afoul of the many employment statutes governing their interactions with their employees. If you would like assistance navigating these statutes, please contact: sthomas@laverylaw.com